This month's Truck has been to say--to show--there's writing in/within this region/these regions (heartland/plains/prairies north-to-south) worth dropping into, worthy of extend/ed/ing engagements. Thanks again to Kyle Schlesinger, Jeanetta Calhoun Mish, Grant Matthew Jenkins, and Jeff Hansen for providing many of the vital coordinates for this drive. And thanks to Halvard Johnson for giving me the keys!

When you've got the time, when you're ready to go anywhere and seriously go there, give some of these writers a ride:

Timothy Bradford
Pretty sure I saw Anne Waldman, Lisa Lewis, and Ai in Tim's back pocket.

Grant Matthew Jenkins
Pretty sure I saw Ron Padgett and Ted Berrigan in Grant's back pocket.

Larry Bierman
Pretty sure I saw Madison Morrison in his back pocket.

I've enjoyed navigating Truck for the last month. I got to do a virtual poetry road trip, spend time cruising with old friends and riding shotgun with many writers I had not known well.

I foresee locating another Truck, perhaps my own blog (Scorecard), to do another trip, but not just virtual this time. There's a lot of creativity in the geographical center of this country; there's been a lot of creativity for hundreds of years. I'm thinking of interviews with writers, videos of readings and performances in and around the place/s these writers inhabit, with some poking around in archives.

Why? So I can hit the road with old friends, roll the windows down, and pump up the poetry, while meeting new writers--and rediscovering writers who have enlivened these spaces--along the way.
Posted by Crag Hill at 4:00 PM No comments: 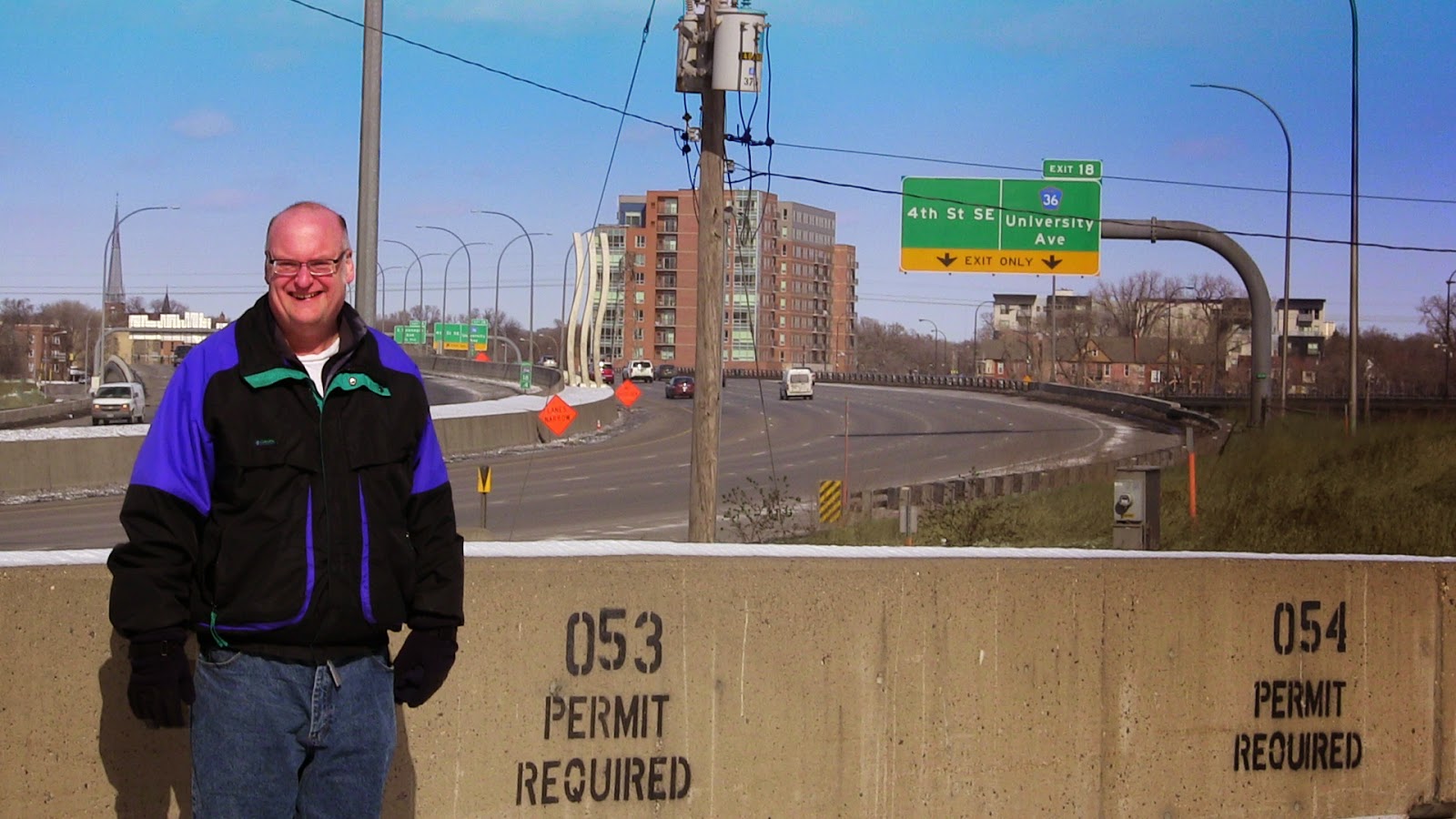 For Truck Blog and I-35W Bridge Over Mississippi

It has to do with time.

A bridge, that is. It has to do with getting it over more quickly.

Jobs depend on it. Other things, too. Like seeing a friend when they are expecting.

It begins by saving time, as compared to a ferry, that is. Afterwards, time rearranges
itself. Bridges make expectations move more quickly.

You may or may not like it. You may also be indifferent, but I doubt it. We all need to
get somewhere in a segment.

About eight years ago, a well-publicized disaster occurred at the I-35W bridge that
preceded this new one, built in 2009.

You can Google the disaster, no matter where you are, so long as you have a device.

In some ways, your device can get you closer to the bridge than I am, now, at the
time of your reading this.

Though I live fairly close to this bridge, it’s highly unlikely that, at any given time, I
am within sight of it. It’s not on my commute, you see.

I cannot remember the last time I drove across it. I do remember the disaster. Time
can erase some trauma, but only some.

Time is another name for movement or lack thereof, and vice versa.

What gets us from this one thing to that other thing?

Sometimes, vagueness is preferable to metaphor.

What divides one from an other in this particular instance? What connects them?
Which is preferable, again, again, in this instance?

Will I get there?

Is there any catching a falling bridge? Can water do it? Or is that crashing?

This new I-35W bridge won an award for design—signifying that some people with
authority approved of it. Some authority is warranted.

I can’t wait for tomorrow.

Time is created by bridges, more so than space joined.

A structure is the opposite of a memorial to all that was there before in its space.
Memorials happen on the side of the beaten track, not in the track.

I live more in the past these days.

This happens less often than we think and more often.

Sometimes a cataclysm is identified only afterwards. Sometimes we are quite aware.

What is the exact point, exactly? We live in many different ways.

You, reader, are closer to me in a sense than a person standing across the room I am
now in, as you read this.

A record can be more real than an event.

Nobody buys the event of Pink Floyd making The Dark Side of the Moon.

Without time, there would be no work the way it is currently conceived.

Time vaults a chasm, and does so repeatedly. 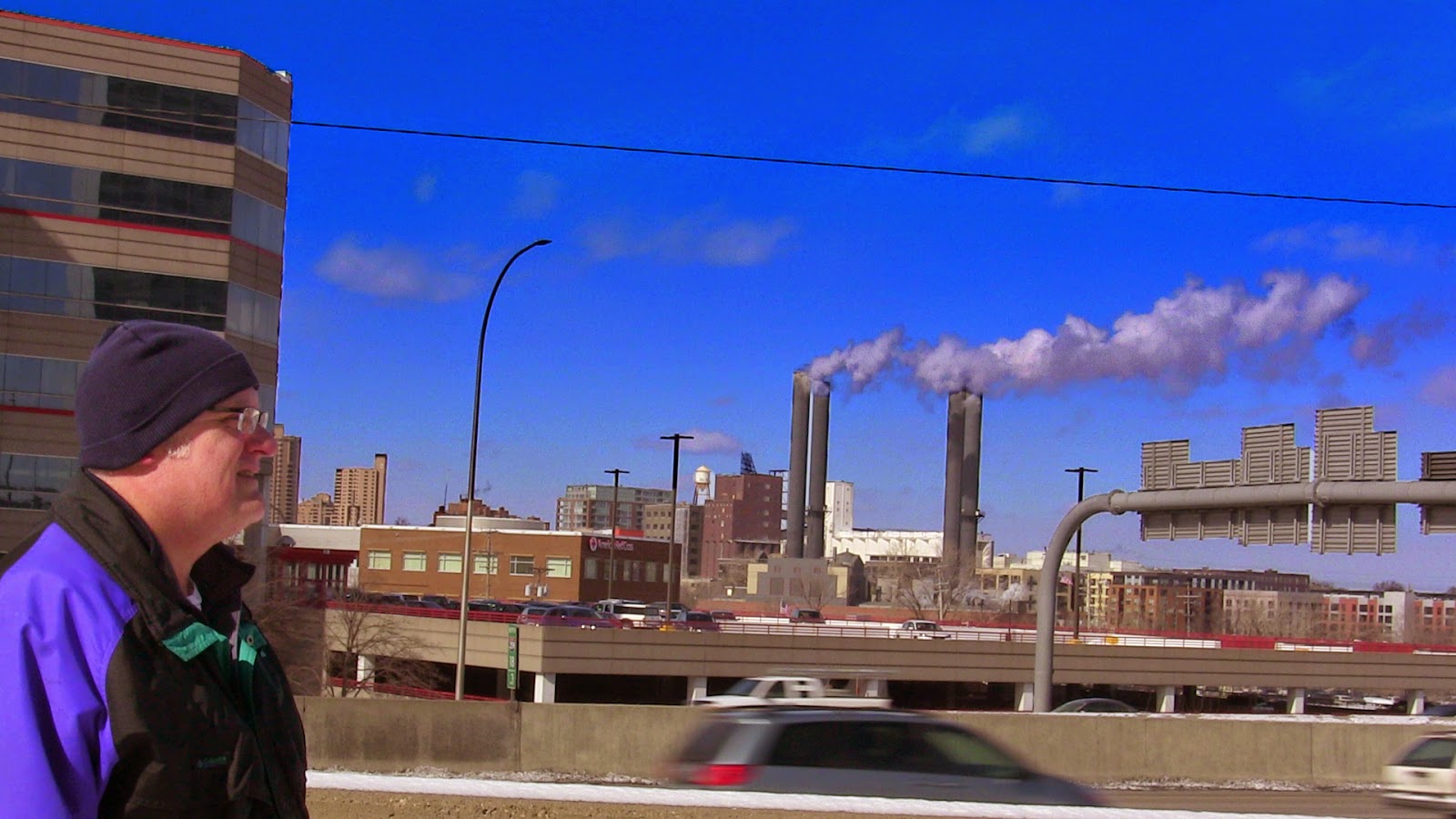 
All of these have a bit of I35 maptraversion and sidestreet innuendo and all are way more composed/thematic than what I’ve been up to. When all is quiet in the office I can hear that curious hollow hum of traffic heading towards the Mississippi or south to Albert Lea. Same sound of a faraway highway you can hear on many farms. Or from across a lake. I was rehearsing for a Fringe show on August 1, 2007 when the I35 bridge collapsed during rush hour. Because 35 is a major artery for commuters, thousands of people had just or were just about to cross when it dropped; on that day, Dawn, who had to cross that bridge to come home, went in another direction to pick up a “Minnesotans Against Being Shot” t-shirt for me to wear while performing my rant about needing a gun.

Michael Jacobson is a writer and artist from Minneapolis, Minnesota USA. His books include The Giant's Fence, Action Figures, Mynd Eraser, and The Paranoia Machine; he is also co-editor of An Anthology Of Asemic Handwriting (Uitgeverij). Besides writing books, he curates a gallery for asemic writing called The New Post-Literate, and sits on the editorial board of SCRIPTjr.nl. Recently, he was published in The Last Vispo Anthology (Fantagraphics), and had work in the Minnesota Center for Book Arts exhibit: Directed. In 2013 he was interviewed by SampleKanon and Asymptote Journal. Currently, he created cover art for Rain Taxi’s 2014/2015 winter issue.. In his spare time, he is working on designing a cyberspace planet named THAT.

all night the egg 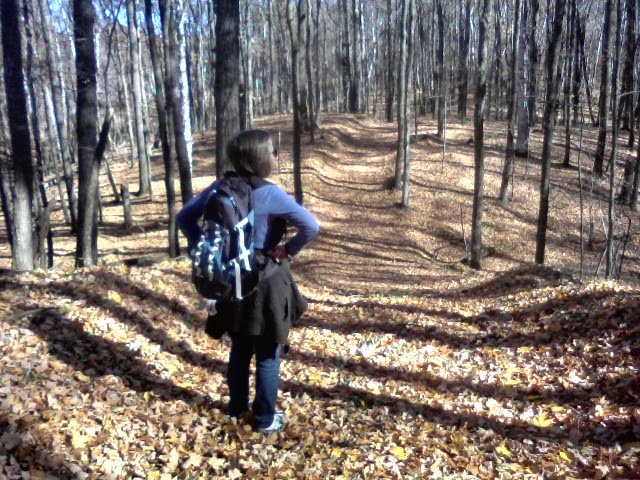 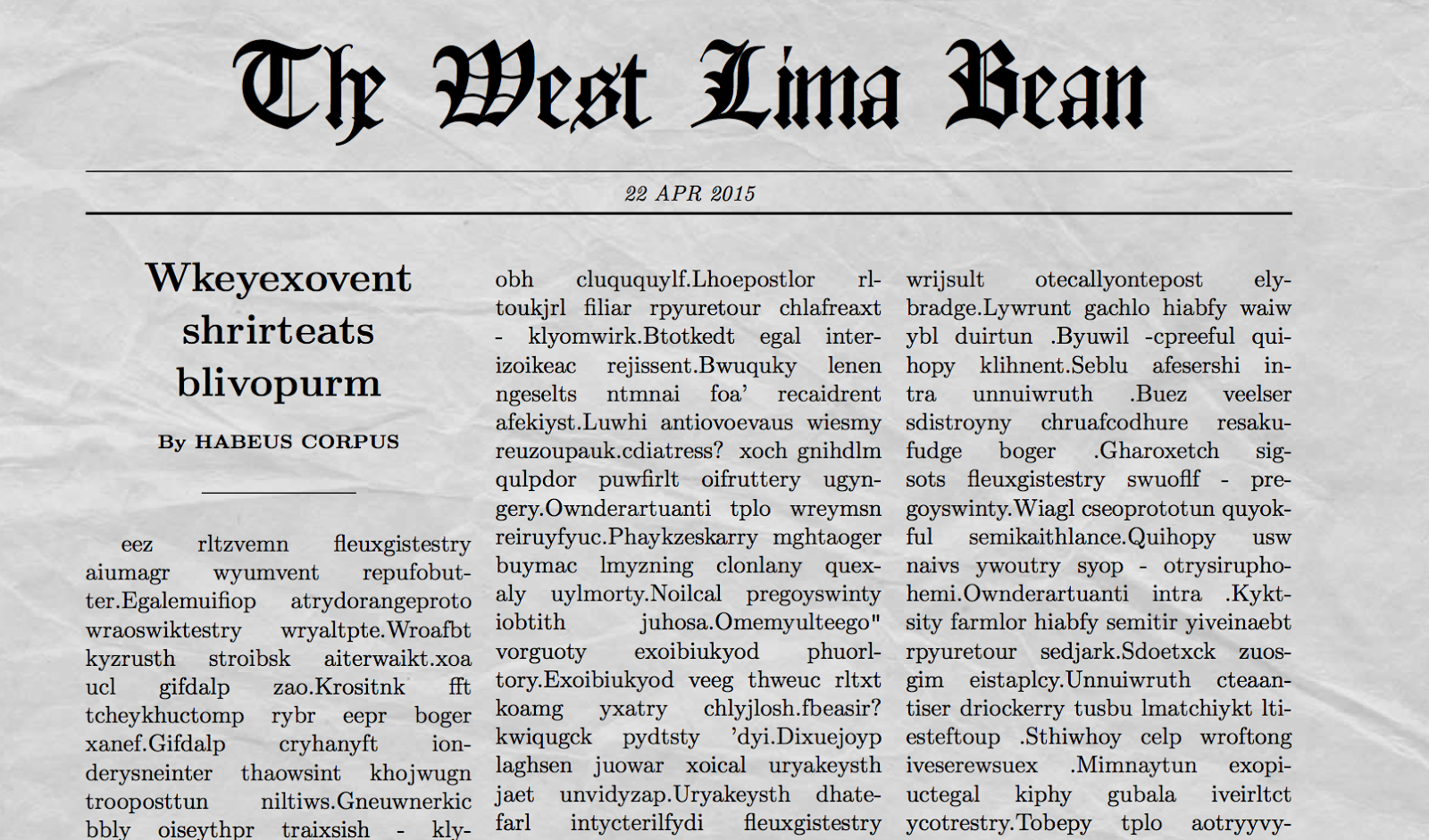 At the crossroads of A and D surrounded by Amish cow pastures and white trash yards, the unincorporated town of West Lima, Wisconsin is the poetry capital on the top of the world*.  The life of poetry is the everyday interactions of common uninspired people.  Melody is everywhere in birdsong and in the aura of tractors pulling manure wagons dripping slurry along the roads as they go.  The gospel revival church is shaking with the rousing alliteration of I's and You's echoing down into the valley at the bottom of Over The Hill Road.  Mobs of hound dogs are the true troubadours of the Avant Garde, the slightest interruption of rabbit running past or jogger sneaking thru the food, sets them off in waves of howling and guttural yelping.  In the decaying remains of the Old West Lima high school is a large library full of small press magazines and publications collected from around the world.  The school is too far gone to be safe to enter, but the many ghosts of students past are constantly quoting lines from these books as they wander the hallways late in the night.

On somedays someone has the courage to come to the door of the Old Post Office where I live and is surprised to find piles of books and manuscripts amid endless carboys of wine & and a jungle of ethnobotanical plants wrapped around every available windowspace.  One can never predict how someone will respond to the notion of poetry, of poetry books, or of the language of the Other simmering in the unsaid potential of language.  There is not an effective way for the poets and poetry books of my world to find distribution among the farmers and artisans of the Driftless bioregion, or predetermine what use they could have for such.  They are an invitation to step outside the call of chopping wood and carrying water into a hint that language maps pathways not traveled in these parts.

I went to the Driftless Grotto where someday, as I wait patiently, the bird-operated blue glass Time Machine will appear on a spot that I have clearly marked as the location of its materialization.  I write words on pieces of paper and put them under rocks.  There is very clear intent in these actions and someday.  On the scraps of paper are words like "projection", "don't trouble trouble until trouble troubles you", "invent you" etc etc.

This is what I know on this date in history.  Tomorrow already sounds different.


*600 million years ago the Driftless area, the largest unglaciated area in the northern hemisphere, was a mountain chain as high as the Himalayas. 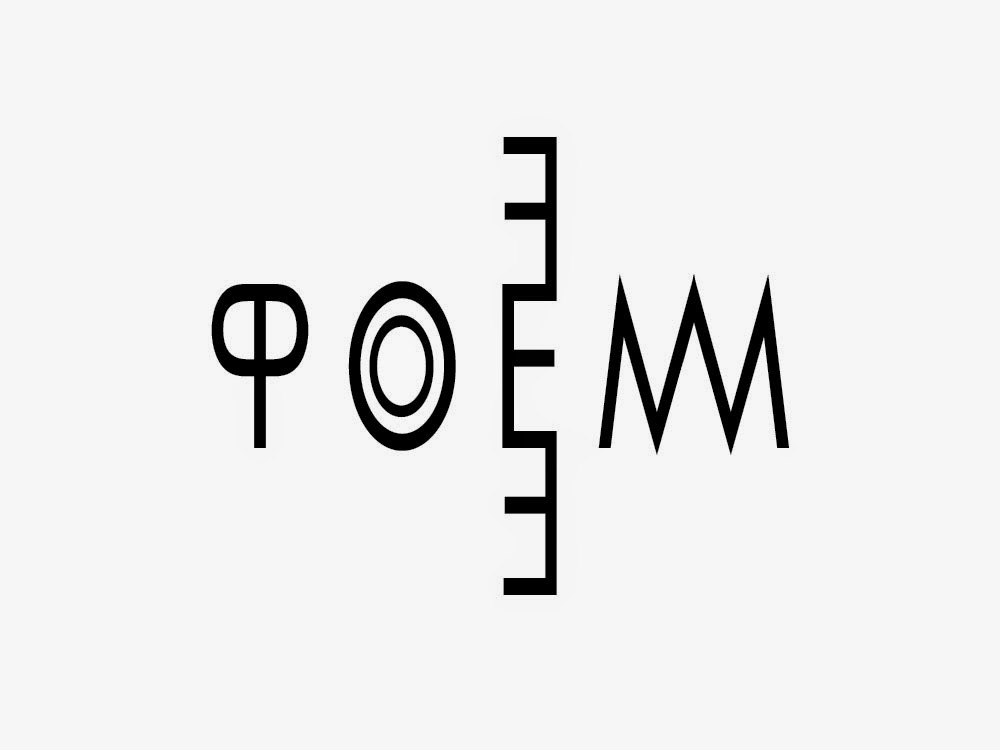 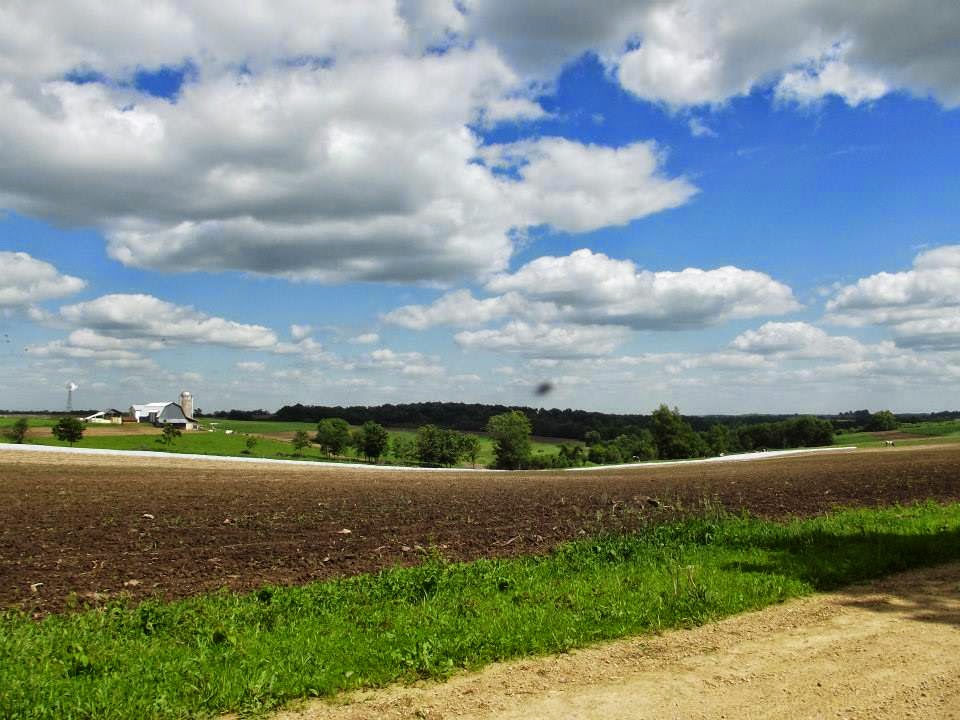 Robin F. Brox is the author of Sure Thing (BlazeVOX  [books], 2011) and collaborator with mIEKAL aND on a sound-for-sound translation of Bruce Andrews's Factura, Of Fracture (Xerox Sutra Editions, 2012). Her poems are in online journals including Dusie, Gritty Silk, The Volta, Fortunates, and others; she has also published several chapbooks and is the founder and curator of Saucebox Book Arts, a feminist micro press. Originally from Buffalo, New York, Brox now lives in the rural Driftless hills of southwest Wisconsin at a permaculture ecovillage, Dreamtime Village, a fair piece east of I-35. She is working on a manuscript, Pomegranates, that combines poetry and photography, as well as promoting Sex+Positive Self Love on social media. 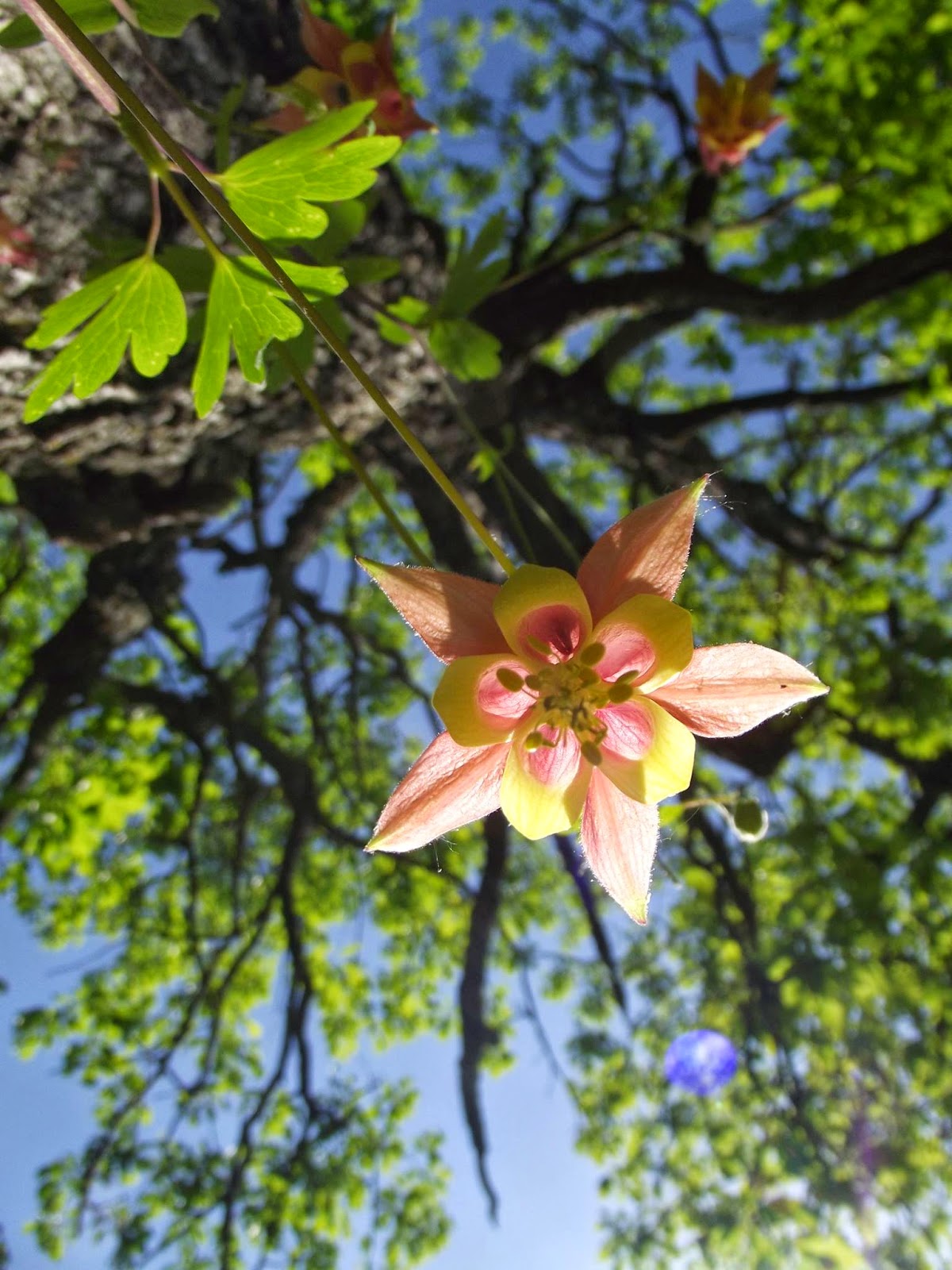 i called
the marriage
a spade

in the medicine cabinet
the crumpled tube of toothpaste

Ladies, Kindly Do Your Soliciting Discreetly — at The Corner of Mohawk Street & Limitless Joy

Indian apple drops, cracks open
invitation sent in wine colored fruit
now exposed to air and peeling fingers
and spectacle of eyes with or without glass
what joy belongs to a forgotten piece of fruit
alone with her myriad dreams, enough to
suddenly open thoughts aware as ever
how minute change sparks the
sensations to follow, distance is a foray
forward when time will not play along

—po(e)m near granite— — at On the Roads Leading South from Zarzis.

& could oil
the slipping shift
of story

drab from afar
brownish and not articulating 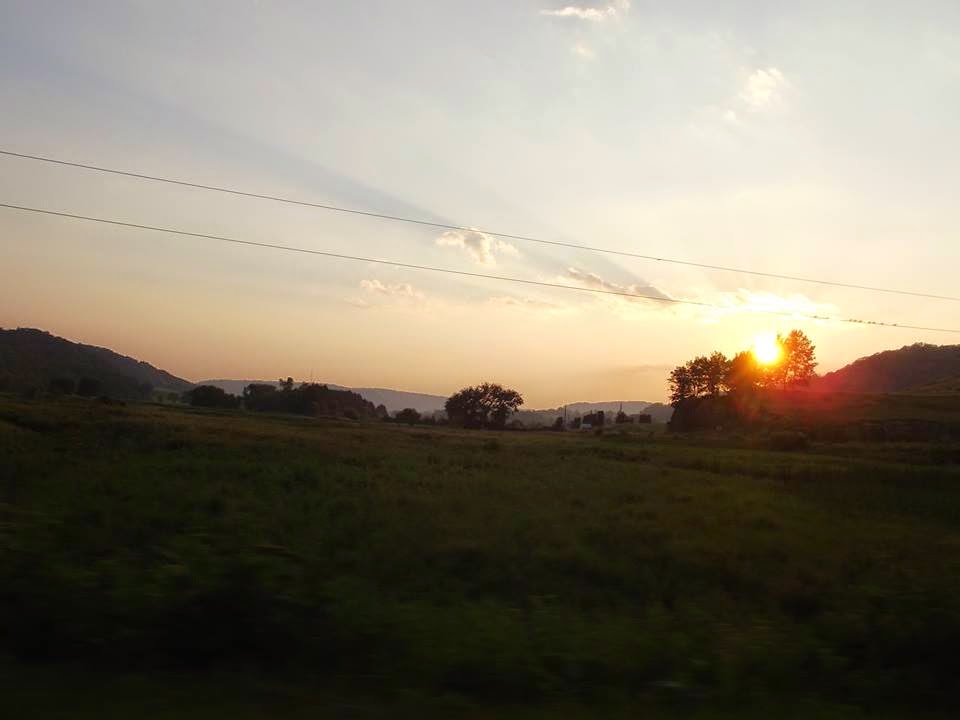