The Acoustic North (an excerpt), by Rob Budde


The word “scenic” stuck in the back of your throat as you trample the mycelium. The word “wilderness” as the multiple algae blooms cleanse the spill. The word “refuge” as the word “recreation” is nailed up beside the highway. The word “cut” as TFL tenures cease their intent.

The word “resource” as the job ad for customer relations is posted. The word “plastic” blasts through the interior of everything. The word “tree” caught in traffic at Robson and Granville.

The words “joint review panel” set the stage and lighting and charge admission at the door and chat over drinks at the hotel bar, tip big. The word “com- passion” sidles up the scree slope hoping to the catch the human world by surprise.

The word “acoustic” you assumed would sound causal and contain a semblance of musicality—or something moves to the west and the grunt/call echoes off the boundaries of what is allowed. The word “form”—as in the poetic page arrangement—has with most things a controversy or conflict—decisions to be made or what to read when. The community of words seeds and grows and declines in nonlinear and multiple patch dynamics and ‘you are here’ indications depend not on where you are but who you are speaking to and with what respect.

The word “salmon” is carved in wood, cellular strands of a scent that stays on your hands for days.

The word “animal” is an app automatically installed in your hard drive. Over and over emotional contact is put in parentheses and “attributed” to someone else. The word “human” presses cruise control and listens to satellite radio for messages about childhood trauma and healing.

The word “hoolhghulh” is a boss plant, my guide, my new grandfather, a “mystery” that will never be undone. The word “pipeline” a colonial moment of mistaken identity, with bulldozers at the ready and contractors already contracted out, and the word is that this will be the big one.

The word “poetry” cascades with further signs of possibility; it sends fronds and rootlets out to test the nutrients of new ground and finds the gaps in discourse where some are lost and some are found. 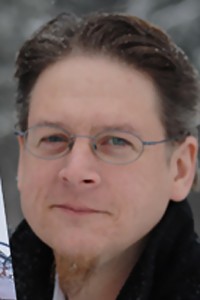 Rob Budde has published seven books (four poetry--Catch as Catch, traffick, Finding Ft. George, and declining america), two novels--Misshapen and The Dying Poem, and a book of short fiction--Flicker). In 2002, Rob facilitated a collection of interviews (In Muddy Water: Conversations with 11 Poets). Rob teaches creative writing and Canadian Literature at UNBC in Prince George. He has been a finalist for the John Hirsch Award for Most Promising Manitoba Writer and the McNally-Robinson Manitoba Book of the Year. In 1995, Budde completed a PhD in Creative Writing at the University of Calgary. He is currently working on a science fiction/cyberpunk novel called The Overcode, a study of Devil’s Club called Panax, and a book of poems about a character named "Poem" called Poem's Poems.
Posted by rob mclennan at 10:00 AM