A History of the World, by Natalee Caple

There is a fallacy and it goes like this:

Labial = the lips that moved
Gutteral = the throat the sound
Dental = Snap, words exist
Labial = before Gutenberg
Dental = the oral
Gutteral = past

First came the dissolution of religious houses and the libraries bereft began to wander. Sometimes the books would find each other passed along until they touched again on a shelf the sense of recognition like a match lit in the wilderness, one the match one the surface, hopestruck.

Humans were Joneses. Hard to see through the smoke under low round roofs. What did I do? says the book. Except ignore time.

Legends curl and shatter your legends your past (you stupid Joneses) 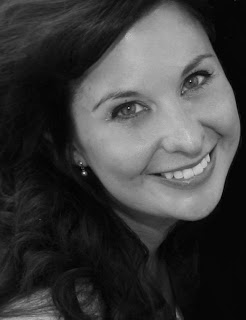 Natalee Caple holds a PhD in English from the University of Calgary. She is co-editor with Michelle Berry of an anthology, The Notebooks: Interviews and New Fiction from Contemporary Writers (Doubleday Canada). Her short story collection, The Heart is its Own Reason (Insomniac), was reviewed by the New York Times. Her first novel, The Plight of the Happy People in an Ordinary World (Anansi), was optioned for film, and her first book of poetry, A More Tender Ocean (Coach House), was nominated for a Gerald Lampert Award. Her second novel, Mackerel Sky (Thomas Allen), was published in Canada, and in the United States (St. Martin’s). In 2010 she published a book of poetry titled The Semi-conducting Dictionary: Our Strindberg, in 2011 she published a book of short stories titled: How I Came to Haunt My Parents. And in Spring 2012 she is scheduled to publish an as-yet untitled novel about Calamity Jane. Caple lives in Peterborough with her husband and their twin children.
Posted by rob mclennan at 10:02 AM