from the roof you are a speck, your skull
smaller still, inside its small bowl, the image

of her a mass of electrons firing like fireworks, like
sparks fly from a live electrical cable

dangerous stars, telling us all the world
ends in chaos, even if we die quietly, those electrons

grow frantic as ants searching for a home
a receptor, lost and frenzied and unforgiving. And this

is the point: no one truly forgives, no one survives
without the pang of old regrets, embers burning pure

at the core, the pain red, known by the heart’s
palm, the sadness in your worship scars deep

as the light of day fades along the walkway
that laconic landscape, the chapel’s serene arches

the coast ablaze with distance
an unfurling of primal light
we squint against its painful algebra
its continents of logic, and zip
the ragged, cliff-etched road, to

reach the seaside town by
the bay, where all is still, a
reprieve, the restaurant calm
the view constant, the pinot gris a bitter
pinch of white on my tongue

inland, off the town’s main street
the schoolhouse stands brilliant in a
buzzing field of hot insects and stiff
weeds; fifty years ago, the same street, building
same blaze of sun, the same blistering

mystery of want and worship, moving
out through the town drenched in the past
through the adoration by the shore, out to
the churning eternity, an ocean of meaning

we were at a cottage, on a lake, and the night of
my birth my mother and father played cards
at the dining room table, they heard the slap of the
screen door that led from the porch, and glancing
up, told my brother and sister to stop running. this
was the time I was thrown into, this, the family
my mother leaning on the restless circle of me,
still roaming the hollow of her body

but much more roamed the country of that year
between us, alleyways and escarpments and lonely
pious men who genuflected before the Basilica’s
nave, where golden mysteries rested, the Rosenbergs
forsaken in jails, skies blocked by monsters
of sooted cathedrals, and there you were, Alfred
in the Chateau Frontenac, manipulating those images
of lone priests on night streets, your catholic concern
gleaming out like sunlight caught in vestries

this was what awaited that July night, when the loons
cast their long thin moan to summer, the cool from the
lake floated up to the cottage and touched my mother’s
tender skin awakening the wide ache of my arrival, and
you, the closest you would ever be to me, enjoying
a delicate meal in that ornate gilded room.

it’s meaning I’m after, settling down this winter afternoon
to watch, the day grows around me like a shell hardens
utter grey and the sky palely, continuously grey. it seeps
into me dulling as those images dull with their celluloid
claustrophobia. death settles, as the mist with its scent
of forever settles, so that I am numb with the peace of hope’s
diminishment. until the horizon grows wide with warring
ships, and the clamouring cacophony of voices, that litter
of rollicking animals, stop before the german future rushing
at them and worry for the entrapment of their tiny souls in
their tiny vessels, hungry for some shape of love and unsure
if the wet on their cheek is from a kiss or spit 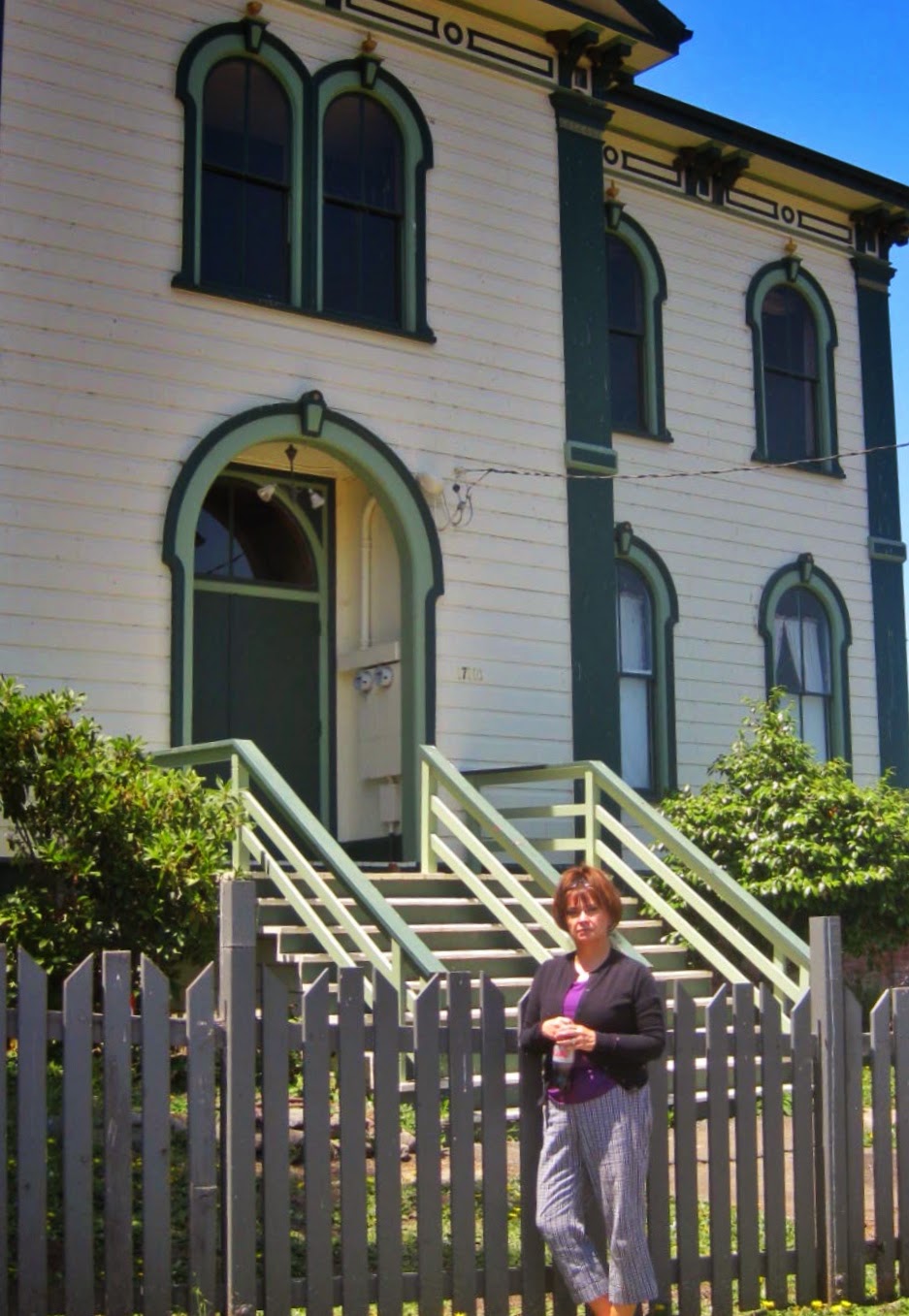 Deborah-Anne Tunney of Ottawa is a member of Ruby Tuesdays writing group. Her short stories have appeared in the Missouri Review, Narrative, South Carolina Review, Fiddlehead, Descant, Grain and other literary journals and her poetry has appeared in YAWP, the anthology A Sea of Alone and will appear in the upcoming anthology I Found It at the Movies. Her book of short stories, For the Time Being, will be published by Great Plains Publishing in fall 2014. The poems here are part of a book of poetry she is currently working on which are inspired by the movies of Alfred Hitchcock.
Her stories in Narrative can be accessed at: http://www.narrativemagazine.com/authors/deborah-anne-tunney