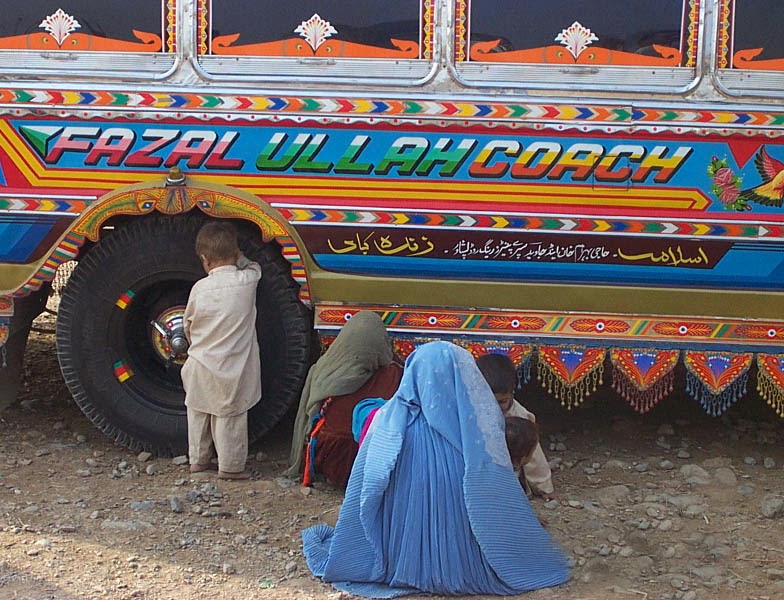 So phantasmal: concoction
of colours and calligraphy
transforms these brute trucks
that lumber, belching fumes,
heave and hobble,
inch by inch,
up inclines, down declines,
freight bulging over the sides,
swaying, restrained
by stained canvas
belted and puckered
like a fat man’s shirt.

Black metal, the trucks’
centre of gravity, illuminated
in primary and secondary colours
and the interplay of light,
the concurrence of the Lion of God,
mystical ships and the royal regalia,
buta –
a geometric droplet,
a teardrop,
a mango seed.

Across one panel,
calligraphy flows,
its continuum
a sacred geometry,
a leitmotif of arabesques
curved and underlined,
spoken or read --
on the tongue, a ghazal sung,
poetry of the Beloved
exaltation of the Divine.

A scorch of wind swirls,
embroiders the air, dust
stitched with flower blossoms
shredded from trees, vines
through which the trucks
blur, a reverie of colour –
the quiver of silk
when a dancer pivots –
silver chains wrapping their wheel rims –
delicate bracelets and bells,
that jingle exquisitely
across ankles and feet. 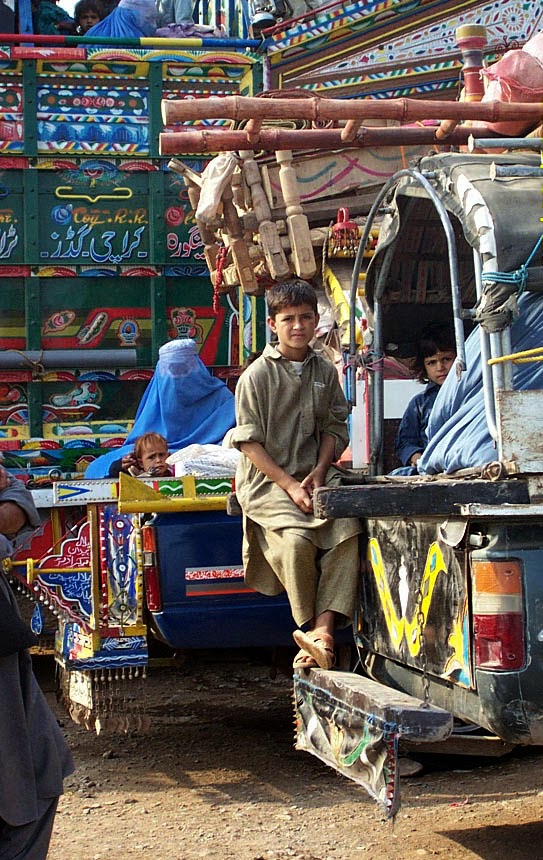 This confusion of cars,
a cubist painting –
four-wheel vehicles
navigating an intersection,
land rover chrome,
lemon yellow fenders of taxis,
tie-dyed trucks, tassels and bits of metal
swaying this way and that.
All inch forward,
mind over matter as brave drivers
with steel-eyed precision
coordinate turns of steering wheel
with feet on the gas pedal
all the while at the ready to brake.
The air aggressive,
basso profundo of horns,
fists and voices pierced by anger.
In the middle, lost and struggling,
a lone policeman,
whom nobody minds;
his signals and whistles
a whisper in the din and the revving.
Survival of the fittest;
only the dominant inch forward.

Yet amid this cacophony
men move so freely on bikes,
dart in to any opening,
seize the moment, advance consistently ahead.
They straddle their seats, upright and proud,
above and then beyond
this toil and labour of trafficking.
One boy, the tails of his white shirt
waving behind him in defiance
of the snarl, glides with ease
around the corner and down the street
of shattered homes and makeshift enterprise.
His bike, festooned,
a rainbow woven intricately
through the spikes that radiate
from the aluminum hub
of the wheels. Round and round,
the colours, unflagging,
blend in continuity. 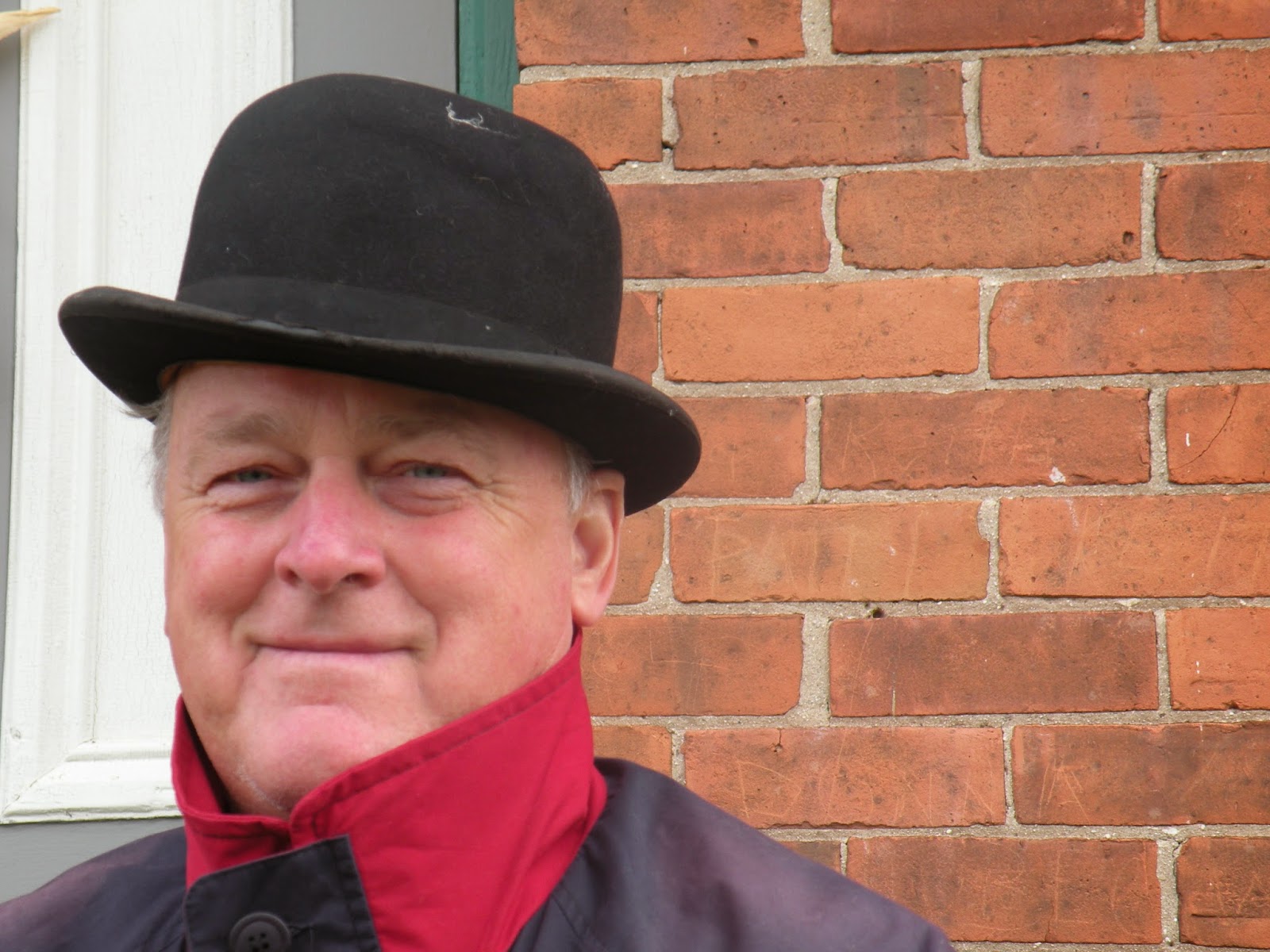 The author of eight books, six of which are poetry, Blaine’s most recent books are Aperature (poems, prose and photos of Afghanistan, 2008), and The Craving of Knives (2009), both of which were short-listed for the Archibald Lampman Award for Poetry. A young adult novel, African Adventure (translated as Aventure africaine) was published in 1990. His work has been published in Canadian and American literary journals. He was co-founder of Sparks, Anthos, Ottawa Independent Writers and the Ottawa Valley Book Festival. He was President of the League of Canadian Poets, 1992-94. He is working on a new manuscript of poetry, a collection of short stories, titled Nomads, and on two poetry manuscripts, one tentatively titled Home, and one drawing upon his experiences while traveling and living in Pakistan (2005-2010).
Posted by Colin Morton at 8:48 PM