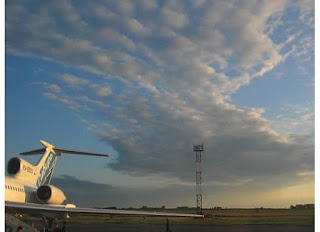 Oolya said to think of my immediate circle of family and friends and to say a prayer for them. I prayed for everyone that I knew. Oolya told me to increase the circle, saying a prayer for my neighborhood, which I did, and felt my heart expand. We drove in the opposite direction, and performed a ritual at Beaver Springs. The final location was in a delicate grove of trees where horses and a colt grazed quietly. I was asked to include everyone in my city and my country. And then similar to a Sufi meditation, to extend prayers to this galaxy and to whole the universe. I tied a yellow scarf on a tree branch next to other’s slips of cloth, some with prints of horses or flowers, and some, rags with prayers handwritten in pen.
Oolya suggested that energy and spirits inhabit the stones. He said the spirits approved and that I could learn to read them. We took into consideration the shapes of the stones, which stones sat together, and what these relationships mean. Mergen and I took fast notes and then Oolya performed other rituals so that people would believe me when I returned home.
As we drove on a bridge, Oolya Ool thanked the river below. None of the shamans had asked me to sing, as I had expected. But the windows were open and I sang into the wind and looked up from the car window. Again, several hawks circled closely above us, then crashed softly and easily into each other in an elegant dance. The hawks followed the car for a long time.
This piece originally appeared in the St Petersburg Review, issue 3, 2009.
All photos by Shelley Marlow except the portrait of Shelley Marlow by Alice O'Malley.
© Shelley Marlow
Shelley Marlow is the author of Two Augusts In a Row In a Row (Publication Studio, Portland) 2015. Marlow's writing and visual art is found in several publications including LTTR (Lesbians To The Rescue), alLuPiNiT, an environmental magazine, Drunken Boat, saint-lucy.com, and the St. Petersburg Review. Marlow’s paintings were recently exhibited at Artmarket Provincetown and Valentine Gallery, NY. Marlow wrote the lyrics to the musical, UnKnot Turandot, La Mama Theater, NY; and presented an interactive project, International Witch Stories in the Italian Pavilion for the 48th Venice Biennial.
Posted by Unknown at 3:46 PM