In the most obvious case, a poem might say, “He walked down the street like Chaplin,” or specify “the anaconda’s Gioconda smile.” Or in a movie, a boy might go sotto voce and recite “Nothing Gold Can Stay.” Or a playwright might specify that her set be hung on one wall with Warhol prints, on the other with Les Demoiselles d’Avignon.
And then there’s the question of adaptation: what happens when someone takes a poem and extrapolates it into a novel, which is then interpreted as a graphic novel, later to be picked up and made into a movie, which turns out to be so successful that it engenders a video game—which, perhaps, people write poems about? It’s worth noting that at every stage of this process, everything previous is up for grabs, and so is every strategy of permutation and synthesis.
Meanwhile, young straight white men of the 30s tried to walk like Fred Astaire; in the 40s it was Bogart’s cigarette and wiseguy panache; in the 50s, James Dean, in the 60s Steve McQueen, in the 70s Warren Beatty, maybe, or De Niro; and so on, cinema turning into lifestyles, or at least life images. The same kind of thing was happening for white women, though not for blacks or latinos. (This says something, of course, about the international rise of martial arts films, not only for Chinese- and Japanese-Americans, but also for dispossessed urban men and women of other races.)
So there is this question: what is the relation between cross-media borrowing in the arts, and media-to-life-image borrowing—the media becoming myth becoming folkway? I think this is an important question (I won’t pretend to be able to answer it) because it mutates from a kind of empirical matter—what’s on the screen and what’s on the street?—to something much more theoretical and mysterious: what is art to us? How does a poem, for instance, that invokes at one moment Chaplin and at another moment Giotto work its way with us so that something becomes a part of our psychological makeup—of our lives?
I asked John Hathorn to contribute something to this August project because of the superb way in which his museum showings have combined a variety of media. I did not expect the incisive minimalism of the conflations he submitted: a line from Baudelaire’s “The Swan,” a piece of string, an envelope, a line from Rilke’s fifth Duino Elegy, a bit of fabric, Baudelaire’s “Jewels,” barely legible, some ink, some postal stamps, some paint. Each piece calls to mind the phrase “the achieve of, the mastery of the thing,” yet the moving parts are few and simple, almost painfully so, at least starkly so. The pieces give a sense not of a “plastic artist” combining “media,” but of one art—the only art, in which the things of this world combine, speak to one another, express themselves and express otherness. On one “level” (but who can trust such a simplistic version of what compels our attention?) a painter (let’s say) “responds to” some “poems” (or to some poets) and finds “objects” and “materials” to “make a statement.” But (and here the digital processing of these images unanchors them, gives them to us more nearly free of context than any building could) as objects for anyone’s speculation, the simplicity of these combined materials frames everything as equal in value and equal in power. I think that this minimalist unanchoring speaks to the way art-made images become part of us. It’s not sufficient to see something in a medium, or as media: we need it broken free, turned into living currency. Perhaps myth (of Fred, Humphrey, James, Warren, but also of Baudelaire, of Rilke) defines the real intermediate spaces in which our lives change. (JM)

A Note on Baudelaire

A Note on Rilke 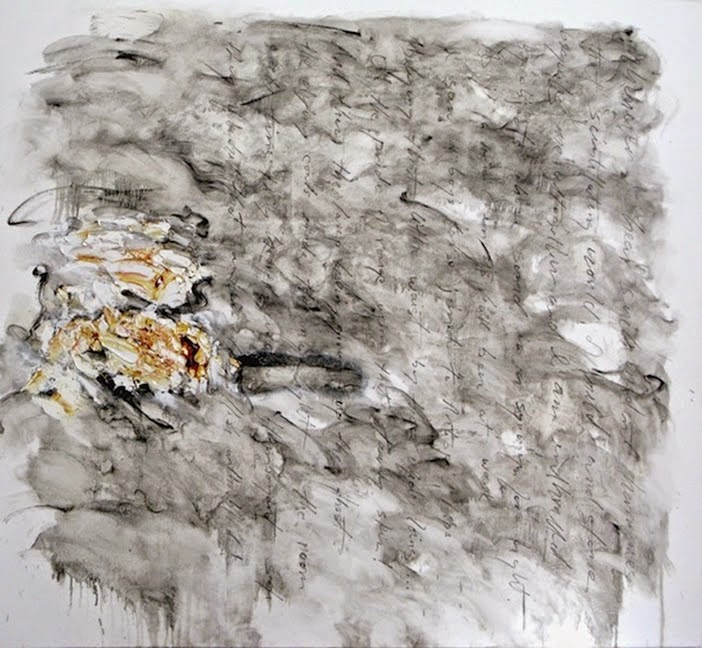 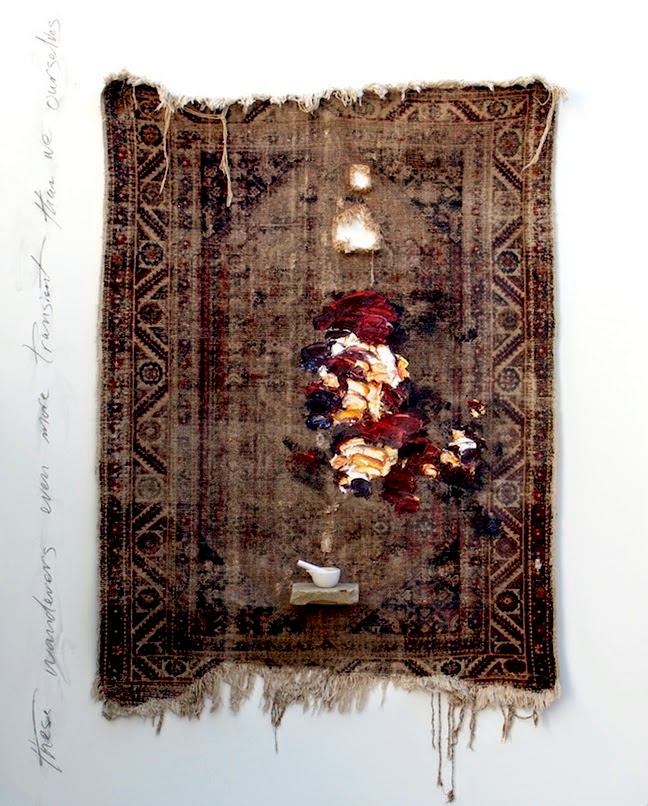 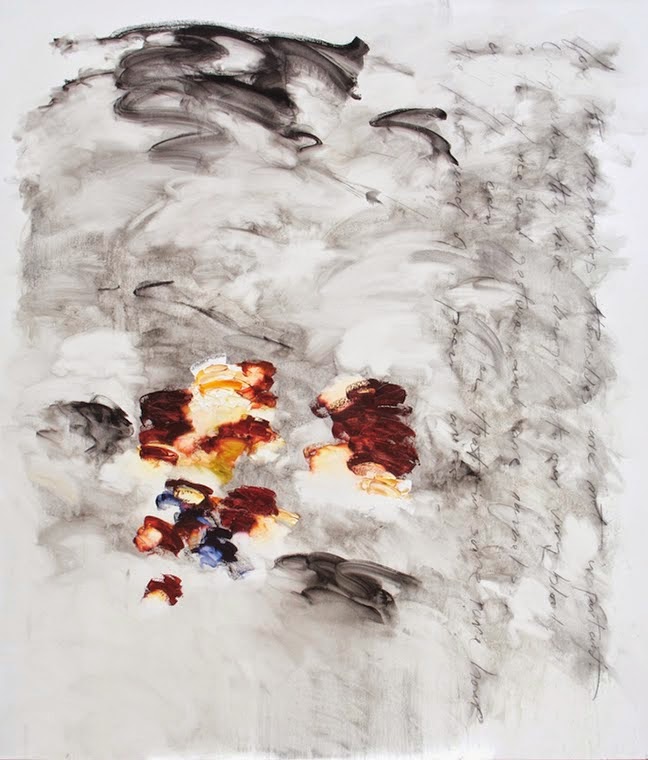 The First Word of a Poem (On Rilke)


Born in 1954 in Oxford, Mississippi, John Hathorn completed B.A. and M.Ed. degrees from the University of Mississippi, and received his M.F.A. from Florida State University. He is a Professor of painting in the Visual Arts Department at the University of Louisiana at Lafayette where he has taught since 1982. He has also taught in the UL Paris and London Study Abroad Programs on five occasions between 1990 and 2013, extending his travels to England, France, the Netherlands, Italy, and Spain. He has had numerous solo exhibitions in galleries and museums and participated in group exhibitions across the United States. In 2008 the artist was the recipient of the Distinguished Professor Award and in 2014 the Ray P. Authement Excellence in Teaching Award at the University of Louisiana at Lafayette. He is represented by the Craighead Green Gallery in Dallas, Texas. In 2013 the Acadiana Center for the Arts in Lafayette, Louisiana mounted a 30 year retrospective of the artist’s work, accompanied by a 68 page color catalog.

Posted by Jerry McGuire at 9:00 AM