Aleatory movement of the eye (or smiling at the ferryman
with no thought of money).


Not what it seemed. Bird hidden while the body shines.
As close as that or having crossed the boundary.

Minute space where two drops of sweat touch.
At the center of the back a mole. Meters.
Skin spot where tone and musculature survive.
Habit.


Birth of a mark or sun obtained in the open air. —Desert, before the
oceanic swell, desert.

On the shoulder /the wedding ring’s treacherous endgame/ contracture.
From there down to the rib’s horizon.


Left earlobe. Fleshy. Mole on the margin of the skin.

Mountain of shadows music and shindig.

The body shines. Metal and air on tip of tongue.

Presence of that which always cleaves the original surface.
Sieve. Basal rosette. Marks.

What loom nape or lobe is the body spilled into weight and unmarked
form?

Not what it seemed. Map of thread to say “that swift-moving time where the
wolves hunt their prey.”

Get out of a tight spot. Nape or marks —Sang the man in the theater. Novitiate.
Landscape of stalactites and steps, time’s systemic circulation. Mother camping
on your chest. Cerebellum where the scream hides. Hamstrings. Stations to
decipher the limit.


(transformable object for positioning in repose)

Talismanic city inhabited by woman who unfolds her skin. Air through theashtreesbaobabsequoiasahuehuetes —Then throwing little stones in the waterwas perforating rice paper to knot the eyes. —Then stumbling blindly through the fog it burst into high-pitched noises. (It turned out that hordes of ducks were flinging themselves off a cliff.) Three-handled pot with anthropomorphic motifs. On the other side of the clay the motifs repeated: inhabited house fleeing birds red triangles in flight through celestial block: from this body to your body like building progress the future. Solar cult. Every morning (centuries/intonations/signal clasped to chest) a grammatical light guides the remains. To go. Leave this ritual practice to the dead alone.

On leaving home /corner/ everything seems like so much. And so little.
Somewhat tepid: scab scars. Meteor and luminous sand. Hole in the wall
through which the measure is deduced. Cosmic gust. Next to the girl a man
points to a point: black petrel spying through the window. Fire opal or teasel.
Darkness in the middle of the amazonian canopy. Be there in splendor.

DIY —Decant the scenery, swap the figures, assembly. Then everything, or
almost everything, is warehousing, domain of inch and a half, pressure, pupil
that dilates centuries, simultaneity.

Fleeting, everything is fleeting.

Be there in splendor. 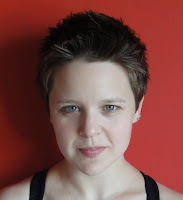