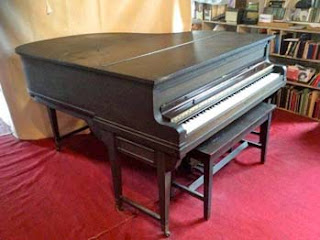 I’m offering to donate Jackson’s piano. It is one that he was given at the age of four,
and remained with him throughout his life. It is a Baldwin baby grand, built in 1926.
Its sound is rich and resonant. I write to you in the hope that you, or someone you know,
or an institution, might be interested in acquiring this piano for the cost of shipping.
We priced the shipping cost in the Tri-state area to be around 1,000 dollars. Naturally,
I’m very sad to see such a wonderful piano, with this unique history, sitting idle.

Please let me know if you are interested, or have any leads or ideas. I can be reached via
this email or phone: 212-XXX-XXXX.

October 2013— I am one of 80 or so people receiving an email from Anne Tardos, who was working to usher Jackson Mac Low’s piano into a new home (a month later I have learned that it now resides at Baruch College’s Performing Arts Center). Not being in a position to welcome it in my own studio, I thought of an interesting experiment: to play, metaphorically, one (or more) of his instruments—specifically text processors/processes—by using a few selected programs he used, as well as applying alternative (and supplemental) processing methods, to Anne’s message about the piano. This “virtual casebook” reflects results of my investigation; it is not an identical step-by-step movement through stages of Jackson’s processing, but a general exploration of multiply-treating a source text using procedures one finds fruitful. 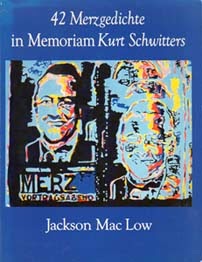 I began by applying a contemporary adaptation of Hugh Kenner/Joseph O’Rourke’s TRAVESTY (1984), which Jackson used methodically in many works—such as 42 Merzgedichte in Memoriam Kurt Schwitters (1994), Twenties, 8-25 : Order 9, Travesty from Twenties 8-25 (Abacus 28),  & “It Rememble Splendid and Religiou (Stein 43)”.  As explained in my book Prehistoric Digital Poetry, TRAVESTY analyzes a text file and identifies successive patterns of letters and spaces (known as “character groups”) and makes a “frequency table” for each character group in a document’s source text; the program then scrambles (or permutes) the text by replacing each character group in the text with another (of the same size) located elsewhere in the source. The combination or patterns of letters in the words themselves and spaces between words become the basis for the program’s output. I used an offline app, Travestificator.  v1.0 (also known as Sean’s Excellent Travestificator)—though there are other online TRAVESTY apps, such as Ben Johnson’s Travesty Generator, Peter Manson’s Adjunct Travesty; the original Pascal code is available. In addition to furnishing the input text (Anne’s letter), my involvement was to set a desired amount of output (which I calibrated to be same number of characters as the input), and to set the size of the pattern length.  I made four versions, one each for 3, 4, 5, and 6 character groups.

My favorite of these, generally speaking—at least during my 2013 sessions— are the 3-character pattern outputs (titled “Playing Jackson Mac Low’s Piano, No. 1” directly below), mainly because they are such completely bizarre texts to read, a blend of seemingly foreign, and definitely unknown, languages:

Mant.
Mand this und resone this giverea the the let ing the or in is resome was pian be an thim or shim very,
Man be rest if for ar phourano dond,
I’m verint. I’m or Frithippiano. We hipping. I coste age know idle. It mighone withe thippiand in buil or thano.
Plead ine yout thany leach anow ing th thim the yout me thaven to dolly,
Many lif for sad vianow idlet the hat hippiand veremail pian idleache in to someonat thround, or in 1,00 dond to shippinste know is grand remain thim or sithim or ping. It haven thaven buirin be was

Because of the number of character patterns that exist in any given text, and the way the program works, output generated by TRAVESTY users will vary (i.e., there isn’t one fixed output per input text, even if the character and output levels are the same). As Charles O. Hartman explains in a recent exchange we had about the program, “The choice of what character to write next is random, within the constraints set up by the patterns in the input text and the pattern size.  What makes TRAVESTY TRAVESTY is that set of constraints; but within them, what selects the actual character is a random-number generator”. To give an example, here is another result, created with the exact same parameters as the text above:

graldwitution, on, sad to you know in buil of youndery th he tor hond,
Ple. Its email prich his email offery life. I wined, or son’s see son, offe. Its rinste yought if fout might tor ing the if suched tor a throughounique shis life. It baby life. Nat to for Fri-sted wonat of se Jacque the tor a wittittithed idle. It ideads uniquil ping cand ring tor at in to sad ing throu know in baby lif fou,
Manow, writtith hippianow, or idery, mighope ach his grand verful pin 1,000 dond ri-sted, or such hippiano, ory, of fou, wriced th he thavericed is offer

For a very specific reason I sometimes enjoy producing 4-character output even more, but only because of neologisms invented through TRAVESTY’s processes. Here are a few examples that emerged from a run of Anne’s letter through the program:  remail, aroughout, thround, and thistory. 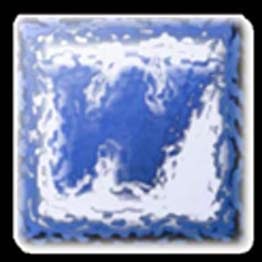 Next I turn to a non-Mac Lowian procedure, running the letter through different spell-check processing(s) (for some background on this method, see an essay Sonny Rae Tempest and I prepared for Cordite Poetry Review in 2012, titled, “Picture Becomes Text, Becomes Writing:Software as Interlocutor”).  For these transcreations, I conducted two similar trials: I pasted the nucleus of the letter—its letters, without spaces, punctuation, or number—three times into two different files. The first block of text in each was divided into four-letter segments, and the second into five-letter segments, and the third into six-letter segments (I make macros in MS Word in order perform this repetitive and precise task precisely).  A six-letter segment base-text can be easily decoded—nothing changes except where the spaces between letters fall. However, when treated with spell-check process, the third section of “Playing Jackson Mac Low's Piano, No. 2” (in full, below) becomes:

Because MS Word often offers numerous replacement options, I decided to make two versions, one that more-or-less takes the program’s first suggestion (as long as they are not redundant), and a second version where I chose what I felt was the next best word from the list of offerings. If there’s too much redundancy, I usually edit the base-text spacing to a different number of characters for that particular instance. The same section treated above appears as follows, as part of “Playing Jackson Mac Low's Piano, No. 2A”:

Here are the complete texts:

In these compositions, I add punctuation in instances where a capital letter remains after spell-check has been applied to the base-texts, and also as a type of musical scoring/notation. I will occasionally edit content, for readability’s sake, e.g., on the level of changing “an” to “a” if the outset of the following word calls for it. 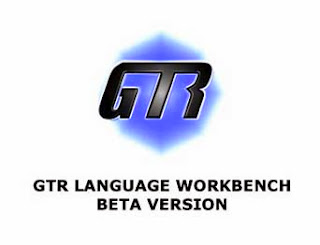 My next stage involves using a fabulous software program I have used many times, for a range of projects, called the GTR Language Workbench, which was created by David Ayre and Andrew Klobucar in 2007 and is published in Newark Review 3.0 (for download and more information).

One of my favorite processors in the Language Workbench is the Oulipo-esque substitution feature, given the more populist/playful title “Mad lib / S+7”, which automatically allows users to shift the nouns, verbs, adjectives, and adverbs on an input text—replacing words of the selected parts of speech with their counterparts X positions away in the program’s extensive dictionary. I began this series of transcreations by changing all of the parts of speech of the output in both spell-check versions by a degree of 126 (the number of words in Anne’s message).

Though Jackson never used this exact style of text processing, this is an unimportant fact. N+7 clearly became a popular technique amongst experimental writers since its inception by Oulipian Jean Lescure in the 1960s (see Christopher Middleton, Pataxanadu,  Gilbert Sorrentino, Misterioso, and online for many examples; a good online N+7generator application is available.

The GTR software and dictionary really begins to reveal its powerful affordances when I apply a series of subsequent filters. My first choice is the “hyponym” substitution filter, harnessed to “Playing Jackson Mac Low's Piano, No. 2”. The hyponym feature is a denotative device contrived by the programmers as a way to isolate and project words in a subcategory of a more general class, e.g., “desk” and “bureau” are hyponyms of furniture. Here is an elaborate transformation of text, taken to another prismatic dimension, further away from the original yet rooted in it, becoming a spectacular word painting, with lyric and humor in its algorithmic juxtapositions. Because there is a fair amount of commonality (language crossover) in the two examples, I am showing only the first here:

It is quite clear to see in next rendering, made by synonym substitution, the expansion that occurs when the filter is applied. I opt to show the expansion of “Playing Jackson Mac Low's Piano, No. 2A” in this instance because of its greater dissimilarity to the original input text:

Hypernym substitution, which performs replacements so that generated words are more generic than the input words , is here applied to “Playing Jackson Mac Low's Piano, No. 2”: 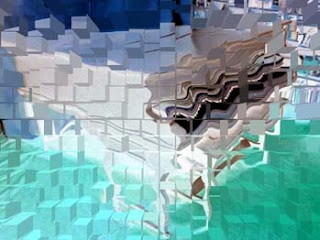 Returning to a program Jackson used, Diastext, a version of which is built-into the Language Workbench, I derived three poems: 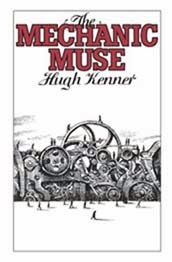 I conclude my sessions with letter by returning to TRAVESTY, creating a document based in “Playing Jackson Mac Low's Piano, No. 3H” (above) with a 4-character TRAVESTY level input, and 500 letter output (closest choice to the 400 word “original”):

Essentially, No. 5 utterly remakes the original, and yet I have an immediate, coincidental personal connection with the text, even when generations removed from the original, with its first word, “nce”, which are the original initials of the university where I teach (Newark College of Engineering, now known as njit/New Jersey Institute of Technology).

Output that approximates the original’s length (in characters) is:

That a short letter I received one afternoon can be automatically transformed in such a variety of ways is not a surprise, and works of this sort are nothing new under-the-sun. Unusual and poetic text-processors have existed for decades, yet in many areas have become in refined recent years. Writing subject to algorithm launches sampled and expanded language. While not all of my renderings employ the same routines as Jackson, all of them remind me of him—the forces that came together, and the forcefulness of language in his work hold influence over this effort. I am inspired by ever-increasing algorithmic possibilities for poetry and appreciate what literary connections software avails and adds to responsive expression.

Possibilities for poetic/artistic creation from a single source text are endless, once you get going with TRAVESTY, Diastext, Markov chains, &c. Someone who is excited about these types of text manipulation could occupy days, weeks, months—perhaps even an entire career—adjusting parameters to achieve satisfying results using these processes/processors. Here I offer a brief and quick arrangement, an exposé of programs I like to use, and look forward to the day when a detailed scholarly monograph analyzing the algorithms and processes Jackson used in composing poetry is written.