By its nature, the shadow is connection (more than it is internalization or intersection only): it literally joins with the feet with which we are walking, with the angle with which we are moving. Shadow is a somatic extension of our mood: even an additive to the snippet of the song that we are humming.

One of the priestesses in my circle is telling me that I am most clear to her as a vision, when I am performing my ceremonies with the other women of the circle around me as witness. Where I squat, in the middle, I breathe with my shadow, even at times into it (like CPR) as a way of breathing with myself. Breath, in this way, is instinctual time: freed of dysphoria-forming lines.

I have been working (in ceremony) with the creatively-composed hymen as well as my own secondary virginity. Both of these are my right because I make them my rite. As mystical registers in which mystery can prosper (similar to the way a harmonic mysteriously appears as if belonging there, due to the rubbings which take place), the secondary virginity, that new elemental, speaks to me through the voices of my own organs. My hunger to feel myself in this way is a vivacious one. This is not something that was just dreamed up. This is not a shot in the dark. This virginity is as much mine as a biological one ever was.

Patriarchy’s hegemonic associations with the female body liken themselves to the way that a virginity can be something taken, as opposed to it being adorned while it is being willfully offered. In some ways, this virginity means more to me than a first, because it is something become extant by way of and from the richness of my will  and not just extant due to basal states of my body. As a composition whose source is psychic power and spirit, the secondary virginity is not dependent on exterior impacts of the interior but is interior birthing interior as something I can infinitely offer to my lover and to myself.

Of all of the places I could possibly choose in the sun, I choose to plant myself in this great tree’s shadow to perform the ceremony. I feel comfortable associating with my own shadow as something that, like me, here in this ceremony, is being enabled by it being allowed to be swallowed up in another form’s shadow. This too is union. I am kneeling on the ground. I can feel the dried pine needles piercing my bare skin. Blessed menstrual blood: not what it represents but what it is. I can smell my blood in my hair and on my skin before I ever open the glass bottle of sanctified liquid: soft and dizzying agglutination, swarm on a swelling iron flower.

The virgin iron flower is hard and high: a persistent stay that is sensuously stating itself.
I am naked beneath the see-through, white, gown to which I have chosen to attune during this ceremony. This gown is the gown of my secondary virginity and it is a gown by which I give to something wider (space, this land, the unseen beings in attendance, the women looking on during the ritual, the potential to give it to my lover later in consort-contexts), something that I am turning myself to or into more than my trying to approach this as a strict return to a previous state.

My own menstrual blood, being poured over me by me, is the glue to adhere many cosmic identities.

Because, to me, my blood is not indicative of my gender but of my animality, my blood remains something that heals various dysphorias (like the virginity being taken), rather than it causing dysphorias. My blood is an integral part of my body (menstrual or not). My body is a unique biological vestment and it’s what I wear as I dance my advancements, as I court who I am, as I scry the elementals present within me for so many sacred portents. I ritualize the yearnings: this desire to be contextualized by way of another facet (the virgin with hymen). I poise in partnership with the blood parts and I do so as a pact.

My biological body in investments of the ceremonial self is the only way I can have an identity that will always feel authentic to me.

As I stained my own white gown, I was somehow efficiently inhabited by the maiden: that mythological self. Having long felt a somatic gap between myself and the maiden, I felt that somehow (due to the maiden being historically retained for cult death-rituals) the maiden in me hung back a bit from me, waited to be extant until flourish of Priest/ess wisdom by which the maiden could become inarguably included (through integrating into already-extant years of Priest/ess weaving). Maiden waited to come into me until she could be infinitely integral to me by way of having to do with this exact ceremony. By attending me here and not elsewhere or earlier on in my human life, she became an aspect of the ongoing vestment that can never be taken from me. Smart girl! I feel so comforted in the smell and sense of my blood all over me as a form of cosmic moonshining, as a way to keep the maiden here in my form.

The white gown is blowing in the wind on the branch of the tree whose shadow the ceremony was performed in. I have access to this now. If I am ever feeling too much anxiety around a sexual experience that is the time in which I am to return to the maiden for yet another grounding in the virginal, in the creatively-composed hymen.

I am grateful that, during this ceremony, I could rest alongside my own shadow in the shadow of the great tree with whom I am involved in a breath-share. We are enjoined: my shadow and me, me and the tree. We are a part of each other’s cycle.

Ceremonies: not only what we synthesize, but cosmic synthesis itself.

The following are excerpts from a book in progress called Identity Collage. These works are ceremonies by way of which I collaborated with shadow. 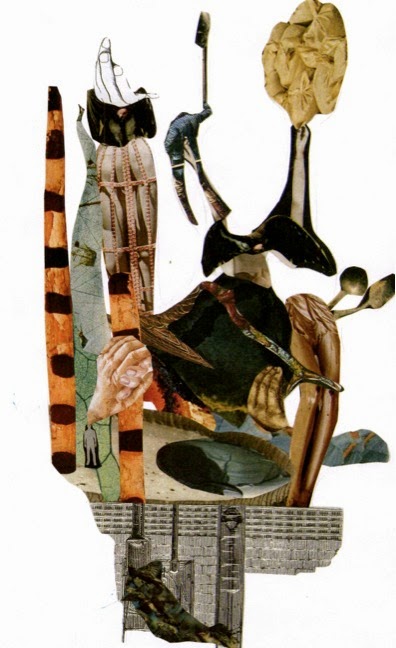 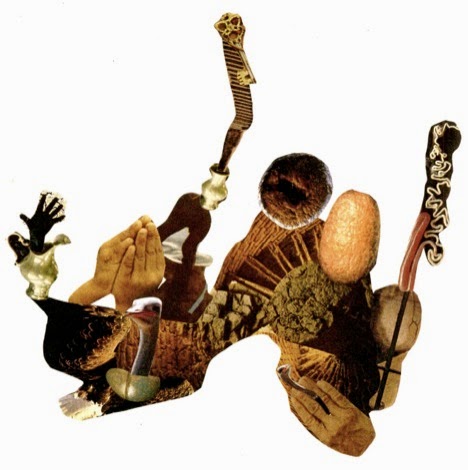 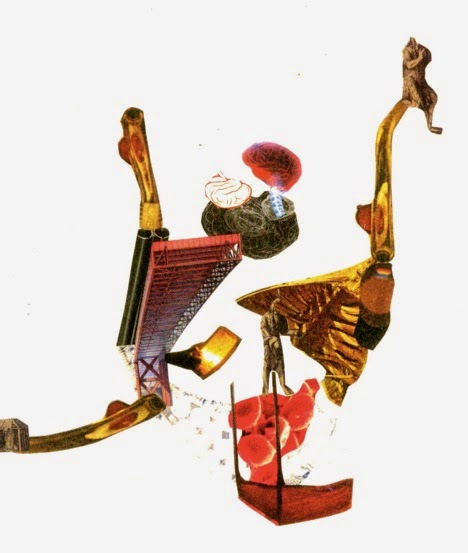 Posted by psychobabble at 9:37 PM