Endre Farkas: 4 from er/words/ah/bridges, and the poet's statement 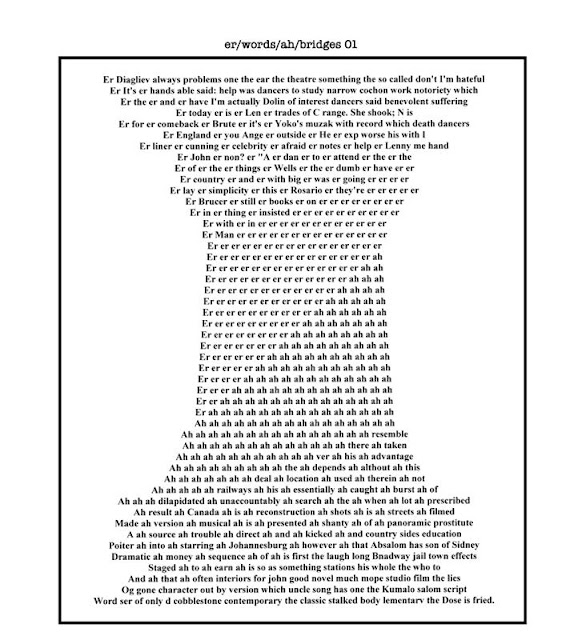 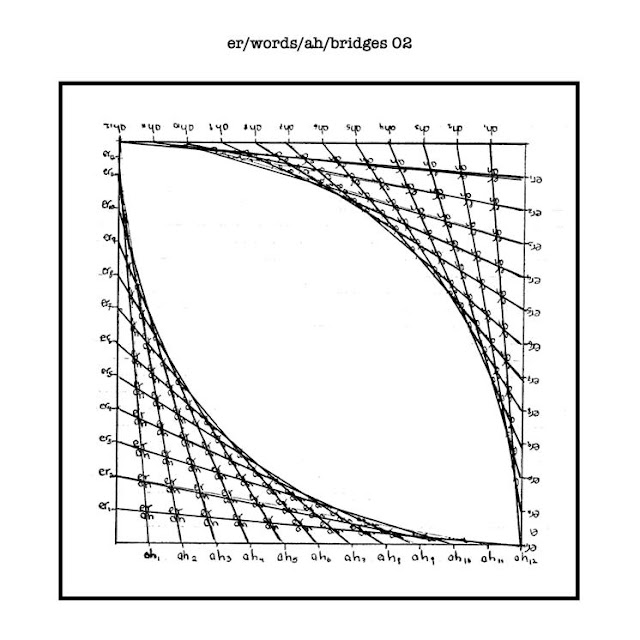 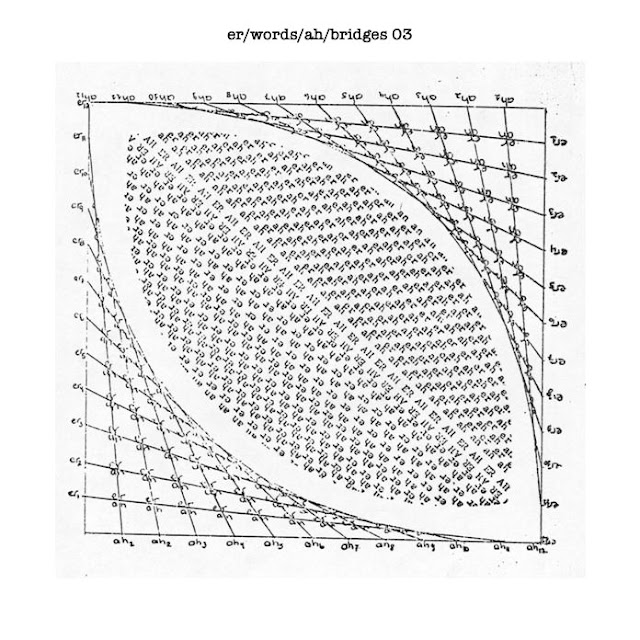 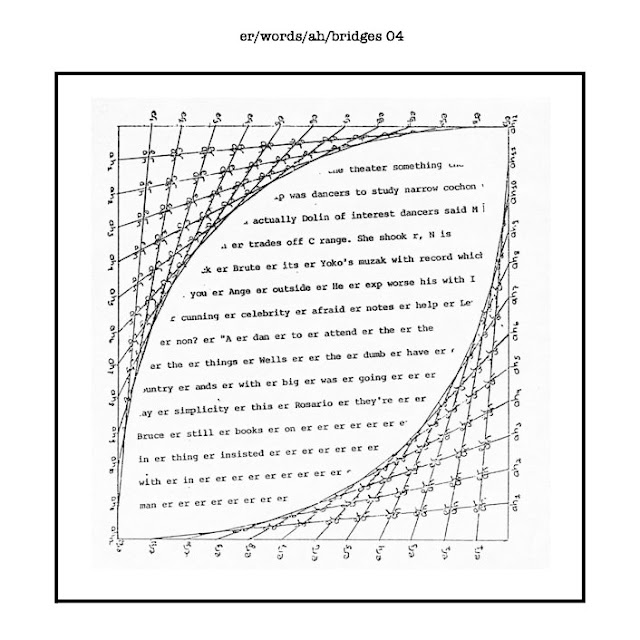 “A couple of these first appeared in a visual/conceptual magazine DAVINCI published by Alan Bealy while he was associated with Vehicule Art Gallery in the seventies.

“Er/ah are sounds/words that form bridges between thoughts. They are called fillers but I think of them as bridges and give them value .They not only signal to the listener, wait, I have something else I want to say but hey also become a bridge to that next thought. They also struck me as notes in the score of oral composition/communication. I created the first composition by cutting up a newspaper and creating a chance sequence.

“Part one has been recorded as a 3 voice piece on the LP Sounds Like. Part 2, 3, 4 followed, influenced by the concrete and visual experimentation that was going on around me at theVehicule Art Gallery in the seventies.”
—Endre Farkas

Poet, playwright and editor, Endre Farkas was born in Hungary. He has published eleven books of poetry and plays. His plays include Surviving Wor(L)ds Haunted House. His work has been translated into French, Spanish, Italian, Slovenian, Turkish and Hungarian. He most recently edited (along with Carolyn Marie Souaid) Language Matters: Interviews with 22 Quebec Poets.

He has read and performed widely in Canada, the United States, Latin America, and Europe. He has collaborated with musicians, actors, dancers and other poets to create interdisciplinary pieces that have been performed live and on radio across Canada and Europe.

His videopoem Blood is Blood, co written/produced with Carolyn Marie Souaid, won first prize at the Berlin International Poetry Film Festival in 2012.
Posted by Maxianne Berger at 3:00 AM